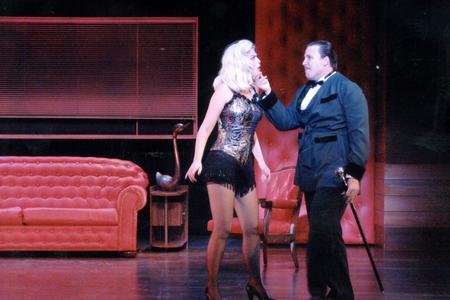 "Wicked City Blues" is an original 1940s film noir musical-comedy opening soon in New York at a top Off-Broadway theatre to be produced by leading Off-Broadway producers. The show was successful in Salt Lake City with its sold-out run at the 350-seat Allred Theatre and named Top 10 Plays of the Year in Utah. 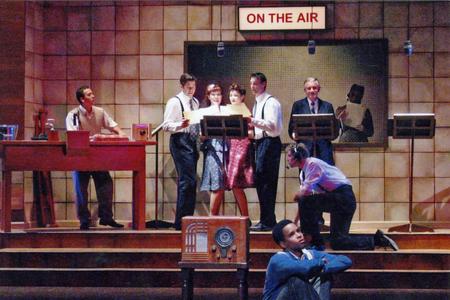 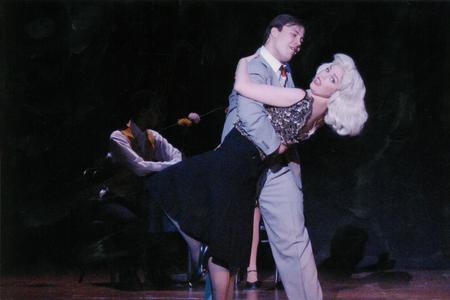 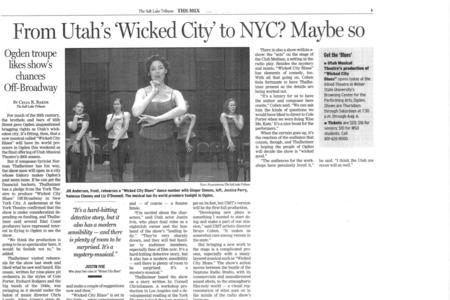 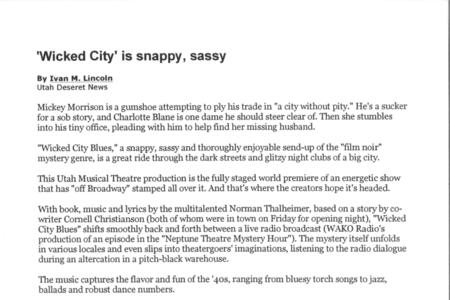 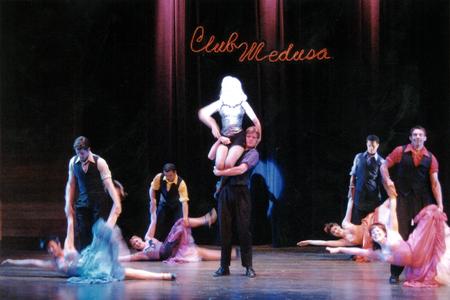 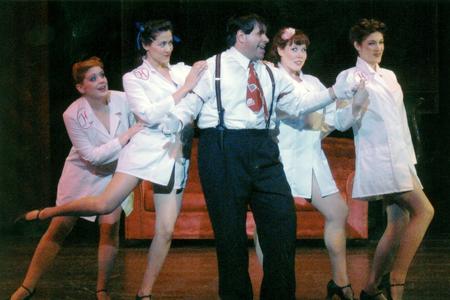 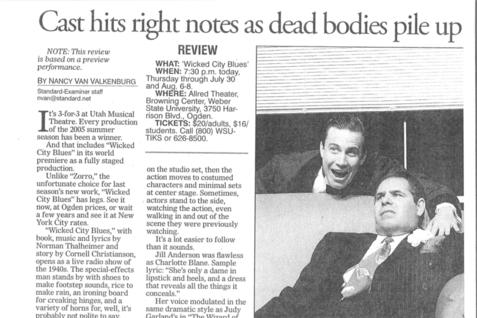 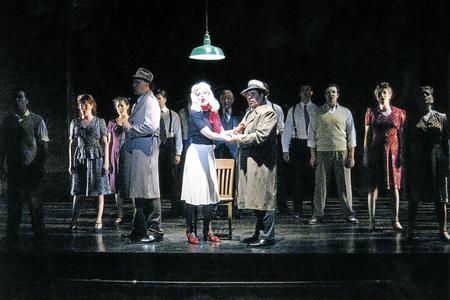 The musical is a classic 1940s detective story with a dead body, a dame who’s too hot to handle, a couple of ruthless mobsters and a hard-boiled private eye who falls in love with a femme fatale. Mix in the madcap hilarity of a live radio show with jazz, comedy and suspense and you get yourself a great ride through the dark streets and glitzy night clubs of the Wicked City.

Our award-winning theatre, St. Luke’s Theatre, has a great location in the Broadway Theatre District at 46th Street and 8th Avenue, one block from Times Square. It has a 70-year tradition of presenting highly entertaining and commercially successful musicals. We have over 50,000 emails of people who enjoyed musicals at this theatre. They will be offered $59 tickets for the discount price of $35.

The show’s producer, John Lant, is one of the leading Off-Broadway producers, having produced over 100 musicals and with three shows he produced currently running Off-Broadway. John Lant is also the Production Manager of the most prestigious theatre in New York – Carnegie Hall.

The writer-producer is Cornell Christianson and the book/music/lyrics are by Norman Thalheimer, the writers of the 1950s sci-fi musical-comedy "It Came From Beyond" now playing at St. Luke's Theatre Off-Broadway with great reviews saying "fantastic musical numbers" and "sounds like John Williams' Star Wars".